I started my professional career in 1984 working for Alan Caiger-Smith and the team of potters at Aldermaston Pottery. I worked there until the closure of the pottery in 1993. In the same year I became self-employed at Aldermaston and used the workshop there until 2006. It was March 2007 that the The Yarnton Pottery opened in the old smithy stable building. I have carried on the earthenware tin-glaze tradition, and have very recently started producing reduction-fired lustre. Tin Glaze : the use of tin as an opacifier in the glaze goes back to ancient Persia in the 9th century spreading though Europe and becoming very popular in England around the 18th century . Many colours can be achieved using natural oxides and painting on the white glaze.All the pots are hand painted using sable brushes. Lustre: Producing lustre on a tin glaze goes back to 9th century Persia and has always been shrouded in secrecy. It is the art of producing and iridescent surface on the glaze using silver nitrate or chloride and copper carbonate. I assisted Alan Caiger-Smith with his lustre firing in the wood-fired kiln at Aldermaston but am now using a gas kiln . 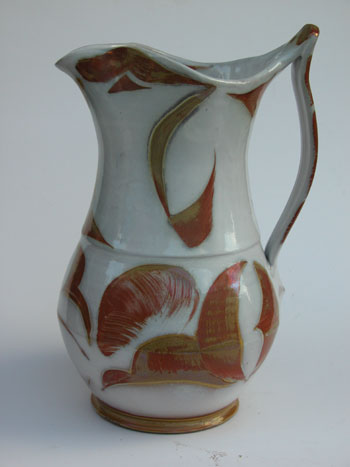 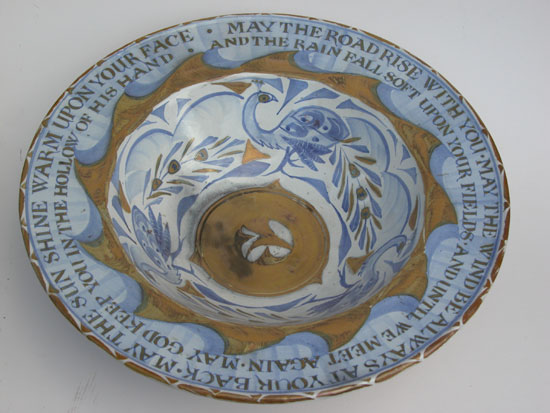 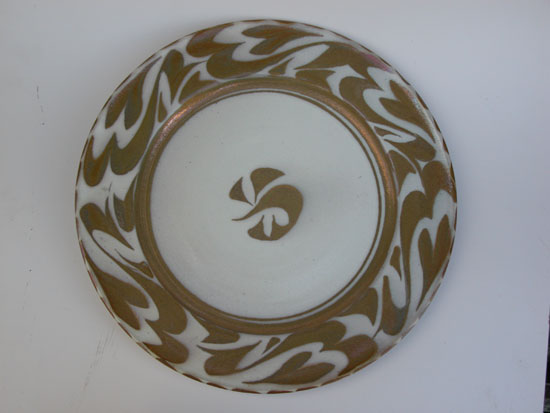 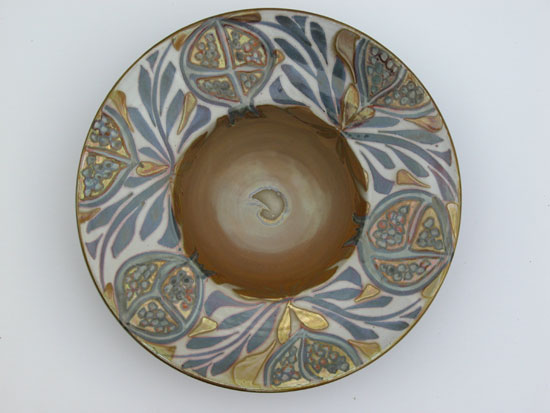 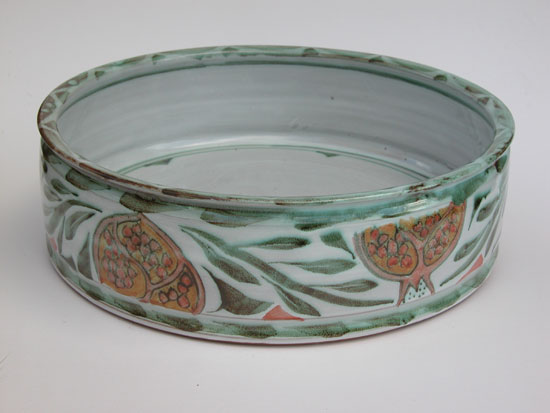 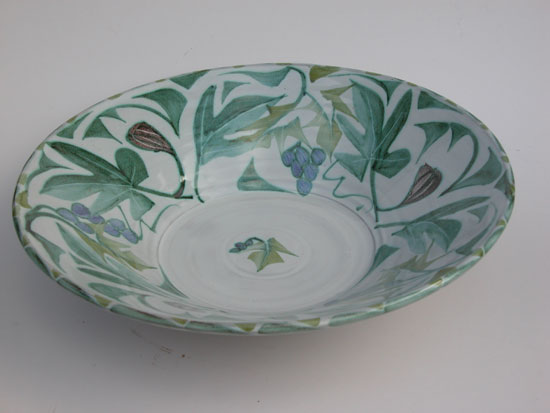