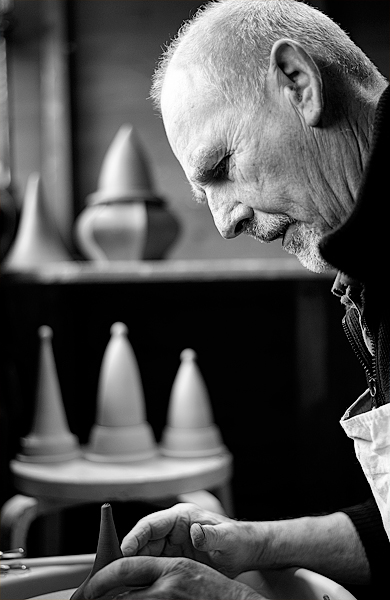 I first became interested in ceramics after watching black and white footage of Shoji Hamada and Bernard Leach wood firing a climbing kiln and started making pots at school in Barnes under a Korean potter named Yap then continued making mainly functional stoneware for several years.I have recently returned to ceramics after many years as a photographer. Becoming involved with the Oxford Anagama project and having a pot fired in the kiln in Wytham Woods rekindled my passion. I live in Cumnor near Oxford, England and work from my studio at home.

My current work is focused on the naked Raku process, so called because the pots do not have any glaze. After throwing and turning, the pots are hand burnished then bisque fired. A layer of slip and glaze is applied and then re-fired. When the pots are taken out of the kiln and immersed in sawdust the thermal shock makes the slip/glaze layer crack allowing carbon in through the cracks. This creates the crackle pattern on the surface of the pot.

I am working in raku and stoneware, using similar forms in both mediums. I love the bright colours of the raku glazes and the more subdued tones of stoneware glazes. 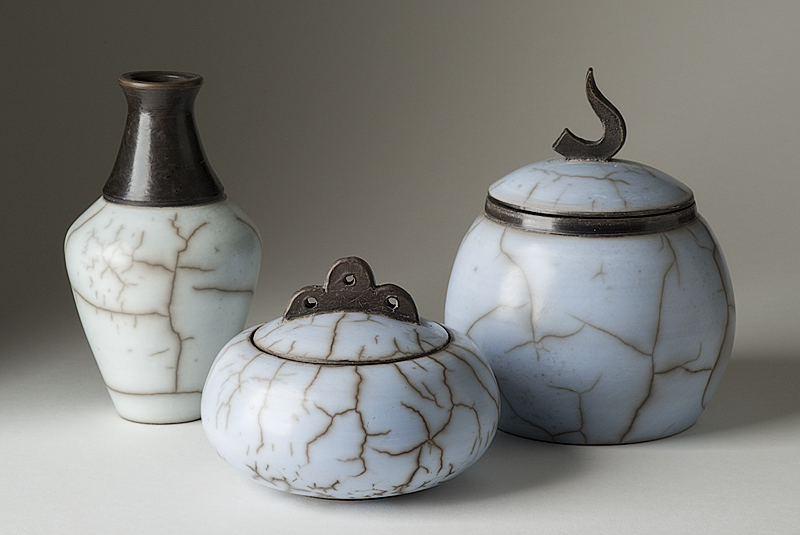 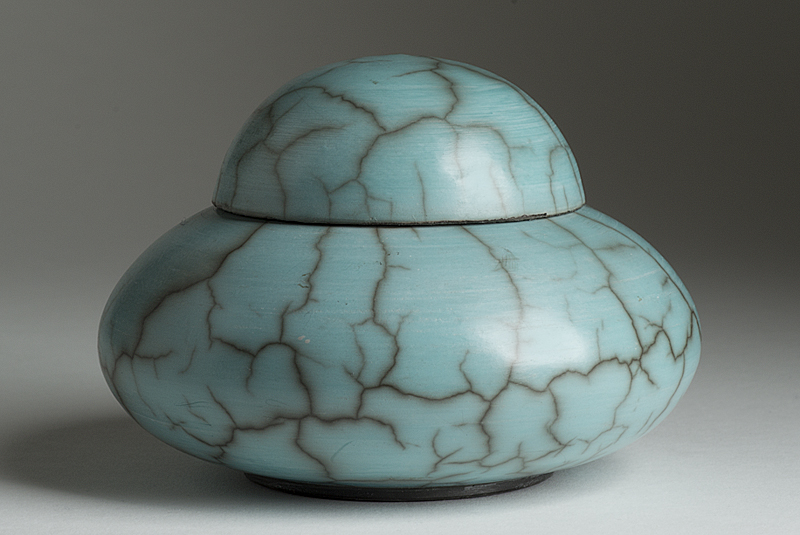 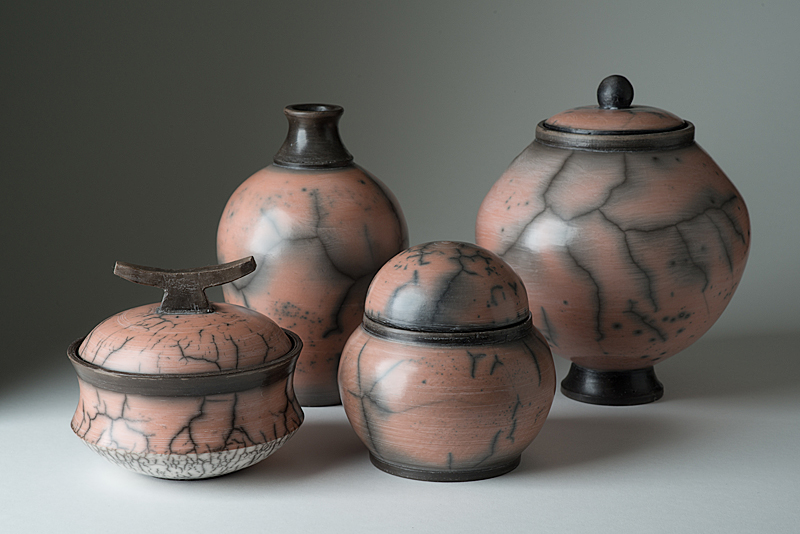 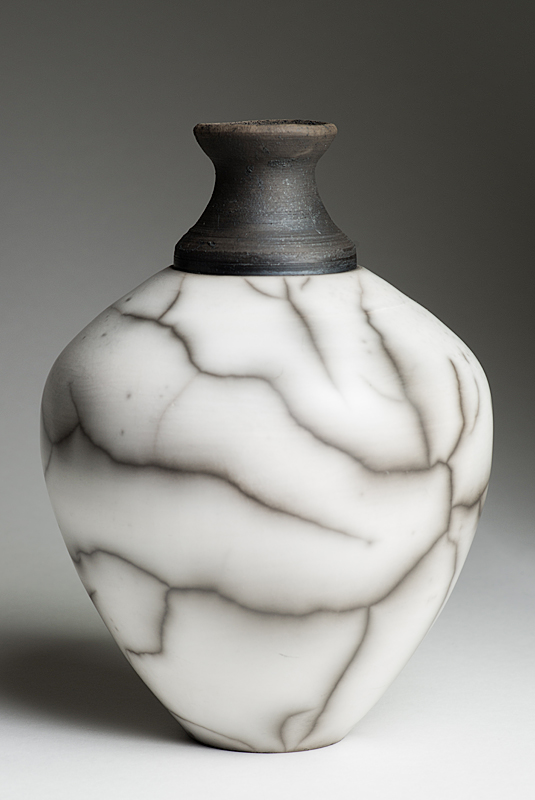 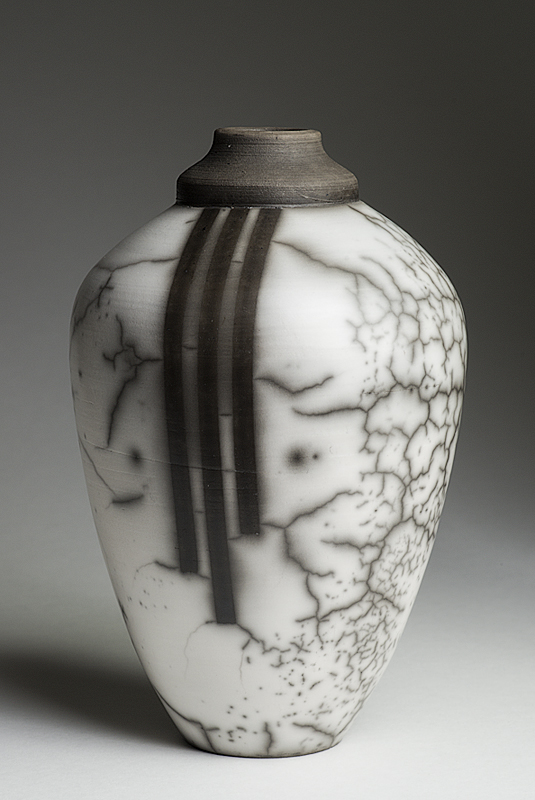 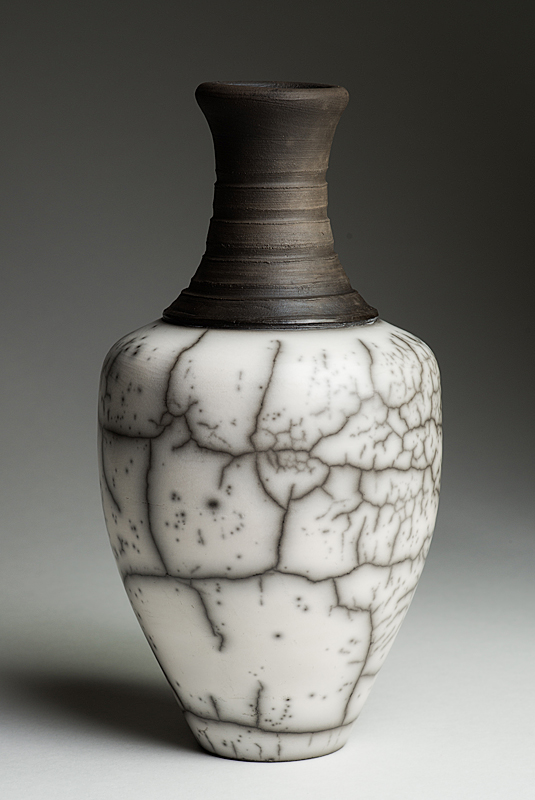